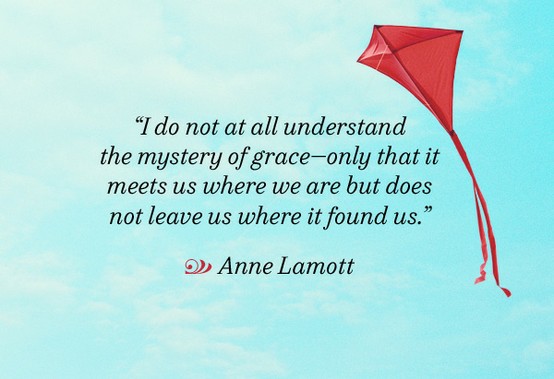 Earlier this week I took my boys to the playground. My two year old, Liam, is fearless and climbs, jumps and hurls himself around without a care in the world. My ten year old, Corbin, is much more cautious but equally busy, while my 12 year old is more reserved.. As I split my attention between them I was picking up on the distress of the Mom next to me. Her daughter was also 2 years old, fearless and busy as can be. Mom tried to safeguard but her busy little bee was obstinate and curious, never once caring to ensure that Mom could take a breath. I watched her try to lead her daughter into typical play, and I smiled at how strong and independent her little one was. It’s a personality trait I’ve come to know well. Afterall, I have three little boys who each march to the beat of their own little drummers, never much caring what society, or Mom, thinks they should be doing.

The Mom was exasperated and worried, but she lit up when the little girl offered my son her toy. Liam flitted off disinterested in the gesture and the Mom said “oh, I wish he would have taken it. She doesn’t usually engage with other kids.” I smiled and started a friendly conversation. She began to tell me how her daughter is in speech therapy, isn’t talking much and then she said her doctor wanted her to schedule an autism evaluation. I was about to mention that my sons are autistic, and that my 2 year old is also in speech therapy, and that he is also being evaluated for autism spectrum disorder, but I paused. I paused and reminded myself of what it feels like the first time a doctor says that to you. I remembered what it feels like to meet non-speaking ten year olds when your child is 2 and in that moment the scariest feeling in the world is “What if they never speak?” I remembered the rawness of my first steps along Corbin’s autism journey, and the fear of the unknown swallowing me whole. The mom continued “of course it doesn’t matter if she is. We just want to offer her whatever support she needs” the Mom continued to self-soothe as she shared with me how much she just wants her daughter to be okay, and she doesn’t care about a “label.”

I never told her that I had stood in her shoes. I never told her about where I stand now. I didn’t say “it’s easier the second time” or “there’s worse things than not speaking.” I didn’t say “it gets harder but you get stronger.” I didn’t tell her how it’s not at all just a label, it’s a lifestyle, and you will never ever have the life you imagined. You will fight and cry for that life. You will grieve and a piece of you will die, and then you will open your eyes and begin to embrace the life you have, with the child you love. You will move heaven and earth for your child, and they will silently wait for you to stop, let it all go, and walk this windy road beside them.

I watched this mom cracking, and I told her how beautiful and curious her daughter was. I asked if she was always such a leader. Mom said yes, it was her favorite thing about her. We talked about her stubbornness and praised it. I asked how does she understand her daughter if she can’t talk? This was always my favorite question to answer. I would love to share about our secret language and how we never missed a beat. This mom told me all about how her daughter is so creative in getting her attention and her needs met. Mom began to relax as her fearless, creative leader commanded the playground.

There’s a lot of books, blogs, and opinions out there for moms raising children with special needs. Some are helpful, some are condemning, and others are overwhelming. I am mindful of how I try to “help” others because I’ve often found the help to add to the chaos.

I have two son’s diagnosed with autism, and recently a doctor suggested we do an autism eval for my youngest son, after his 2 year old well-visit. I’ve been processing this in all the ways a mother does, but there’s something unique this time.

Corbin is 10 years old, nonspeaking, and diagnosed with severe autism. I’ll be honest, when he was Liam’s age, the thought of him not speaking at 10, or having the challenges, and disabilities he has today were my greatest fear. I fought hard to ensure we gave him every advantage to make sure this wouldn’t happen. And yet, here we are, and every morning I wake up with so much joy and gratitude for the life I once feared. I have embraced the fear. I’ve snuggled it, and kissed it’s dirty forehead. I have played with it and tickled its feet. I am not afraid of it.

I hope Liam speaks, and I hope life comes easy for him. I hope he doesn’t have to endure the challenges that Corbin does, because they’re hard, and they require an enormous amount of energy from both Corbin and those who love him. That being said…I’m not afraid. Autism doesn’t scare me anymore. It’s no longer the unknown. We’ve danced in the abyss and lived to blog about it.

I know that I need grace and space to find my footing here. I know that Liam needs the same. I know that every mom who hears the word autism at their two year olds well visit needs to be able to fumble through their darkest fears and find their feet beneath them, and realize they’re okay. I know that sometimes while they’re doing that they may say or think the wrong thing. They may make mistakes, have regrets, and negatively affect their children and themselves in the process. I know this is the journey, and I’m not afraid of the mistakes I’ll make this time. I’m not afraid of the passing thoughts and feelings that I don’t know how to integrate. I know it’s all happening for me. I know that with every smile and tear Liam’s mother is being made. I’m not mad at myself for not being what he might need tomorrow. I am proud of myself for being what he needs today.

Dear Mom on the Playground,

You are not alone,

I know some people think that individuals that are ASD are all diagnosed at a young age, at least before leaving elementary school. Well, that is very wrong.

Those diagnosed with ASD in their teenager and adult years, usually have “masked” their symptoms or were misdiagnosed with another diagnoses.

In my son’s case, he was a twin and started developmental delay therapy around 18 months of age, which was around the time he and his twin actually started sitting up on their own, with out any assistant.

Because they were twins, although not premature, it was always said, it is because they are twins. Therefore inadvertently “masking” the signs of autism.

He entered early preschool at age 3 due to developmental delays. From then until he graduated high school is June 2018, my son had an IEP. Until his last school year, it was for OHI (other health impairment).

After requesting for over 7 years, I was finally able to get a complete reevaluation for my son’s IEP. It was finally changed the beginning of his last year of school to 1.  Severe Emotional disorders and 2. Autism Spectrum Disorder. Which to those not familiar, getting an IEP changed from OHI to anything else is hard, and it is extremely hard to get a school system to label Autism as a reason for an IEP.

When I gained full custody of my twins, they were 6 years old. It was a long 3-year court battle, and both boys were subjected to things no child of that age range, no child at all, should be a part of. I am so glad I put my faith in God and trusted things would work out because the truth would always win.

Anthony was around 7 years old when he first went to see a psychiatrist. After the evaluation was complete, he was diagnosed ADHD. From then until 16 years old, he was misdiagnosed with a variety of mood and behavioral disorders, even ODD (oppositional defiant disorder). Even after changing to a great psychiatrist, whom he is still a patient of, at age 8 ½ years the misdiagnoses went on.

After learning about my God Daughter getting diagnosed at 3 years old, with Non-Verbal Autism, I started looking in to what Autism is. I began researching and I started to wonder with everything my son’s going through, “Does my son have Autism.” So, I started asking  his psychiatrist.

He had a comprehensive psychological evaluation performed around 10 years old. The diagnoses were ADHD and Anxiety Disorder. When asked if this evaluation included any testing for Autism, I was made aware that Tricare, the only insurance we had at the time, denied additional testing as his IQ was 126, which to the insurance company meant he could not have autism. Well, at that time, I said ok. As my Goddaughter was non-verbal and I was unsure if that was justified to not perform further assessments.

Starting around 11 ½ years of age, his behaviors of impulsivity and moodiness started to escalate, and his social behaviors started to be noticeably different than of his peers, as well as his anxiety started to soar when he got frustrated. Again, I asked for further assessments to see if he had Autism.

The school administrators and his teachers were constantly telling me his behaviors are that of criminal behaviors. These behaviors are impulsivity, defiance, repetitive movements, and lack of empathy.

Another CPE (comprehensive psychological evaluation) was performed again. His IQ was 114, and his diagnoses were ADHD, Anxiety Disorder, and mood disorder. Mood disorder was changed almost yearly to variety of mood and behavioral diagnoses. Until 15 ½ years old, when the diagnosis of unspecified bipolar was made while at one of his many stays at Brynn Marr Behavioral Health Hospital.

I am going to end this blog with this saying, “Never underestimate yourself as the parent of a child with special needs. You will always be your child’s best therapist and advocate.”